In early references, Croagh Patrick was known as Cruachan Aigle - the high mound of the eagle. The mountain dominates the village of Murrisk and the surrounding landscape. The 765m. quartzite cone would have exerted a magnetic force on people of the past.

The mountain has been linked with St. Patrick since the mid fifth century when he is reputed to have spent some time on the summit and to have banished snakes and demons from Ireland. If snakes and demons symbolised paganism, then Croagh Patrick and its summit must have represented one of the foremost sacred ritual places in all Ireland. 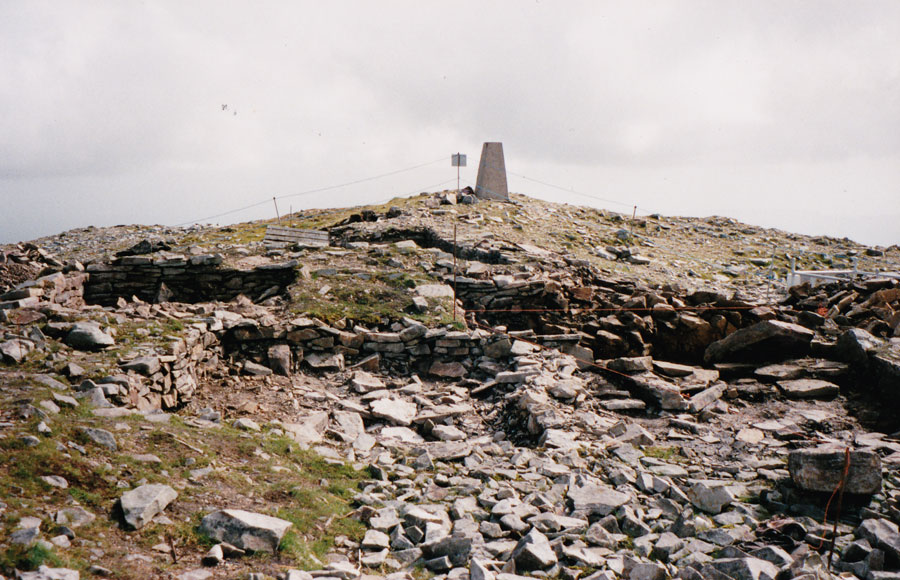 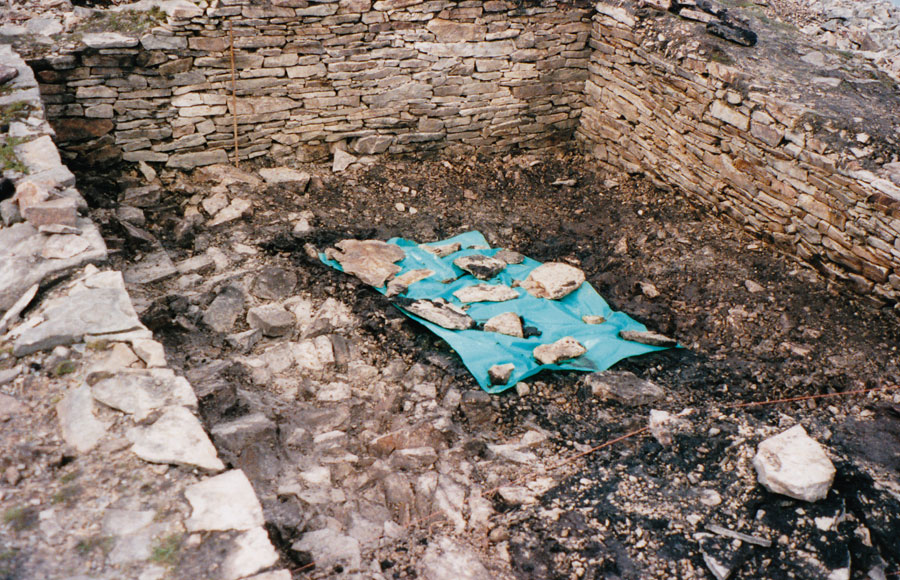 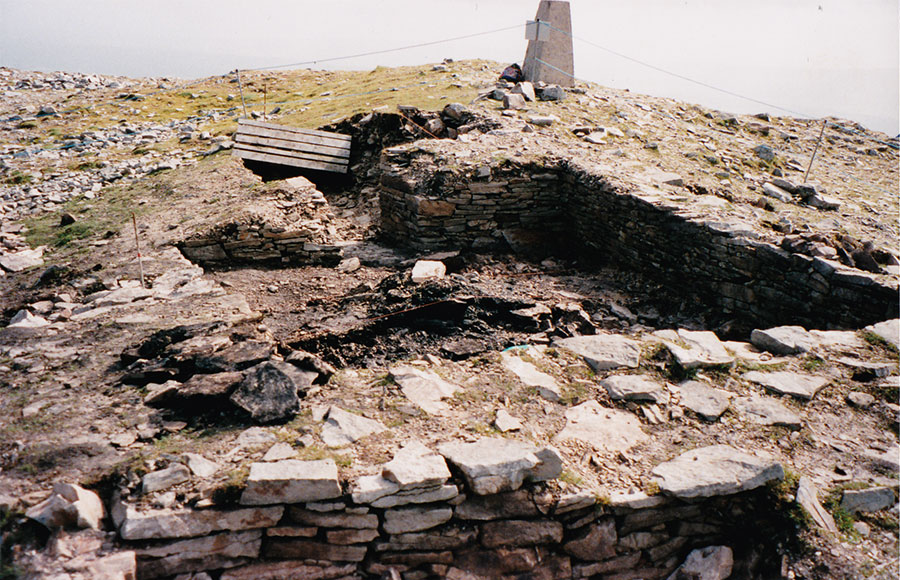 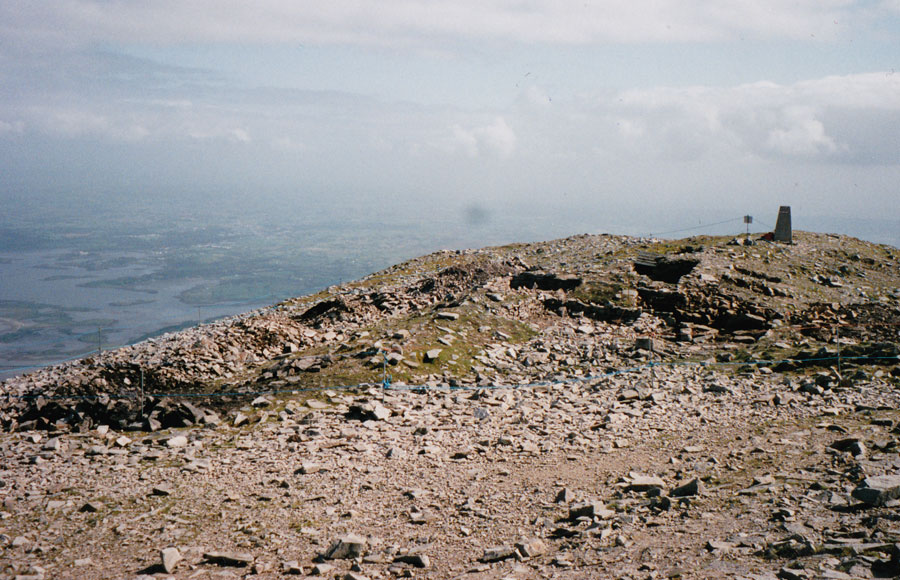 
The present church is set within the collapsed walls of a prehistoric hill fort and three large cairns of probable Bronze Age origin became integrated into the Christian tradition as one of the Stations called Roilig Mhuire. References to claims for church taxes from buildings within the summit enclosure, dated 824 and 1216 AD, would indicate that a number of churches/small chapels were built on the site, over time. In 1838 a small chapel called Teampall Phadraig was recorded as existing within an irregular circle of stones. The current chapel was built in 1905 and extended in 1962. Pilgrimages have taken place over the best part of two millennia. The annual event takes place on the last Friday in July (Garland Friday) and the last Sunday in July. These connect with the ancient Celtic festival of Lughnasa (1st August) that celebrated the start of the harvest season.

Lower slopes of the mountain and coastal area

The scattering of hut sites and fulacht fiadha (cooking sites – constructed close to running water) reveal that the area was home to settlements during the Bronze Age. The archaeological survey (Croagh Patrick, Co. Mayo – Archaeology, Landscape and People, published 2001 by the Croagh Patrick Archaeological Committee), also show that cashels, raths, ringforts and other enclosures were widely distributed round the lower slopes of the mountain and along the coastal zone. There are two easily visited cashel sites in Murrisk, one at Cahernaran, on the headland beyond Murrisk Abbey, which can be approached at low tide, while another very good example can be seen on the Murrisk Loop Walk which runs along the ridge below Croagh Patrick.

The Bronze Age monuments include an oval shaped enclosure, a stone row of 4 upright and one fallen stone as well as a possible stone circle and a fulacht fiadh (Bronze Age cooking area). The grouping suggests it was a major ceremonial site. The stone alignment runs NNE-SSW, increasing in size from north to south. On the shortest day of the year the setting sun dips into a niche in the mountain and, at this point, is directly in line with the row of stones, before it disappears behind the mountain. The area is now salt marsh and, while accessible most of the time, it can be submerged at high Spring tides.

An early ecclesiastical enclosure containing a church, graveyard and holy well along with three forts, two fulacht fiadha and an old field system. Occupants of some pre-Christian enclosures were converted to Christianity and these sites sometimes became actual early ecclesiastical settlements. It is reputed that Totmael, St. Patrick’s charioteer, died in the area.

The holy well and the stream from which the place takes its name.